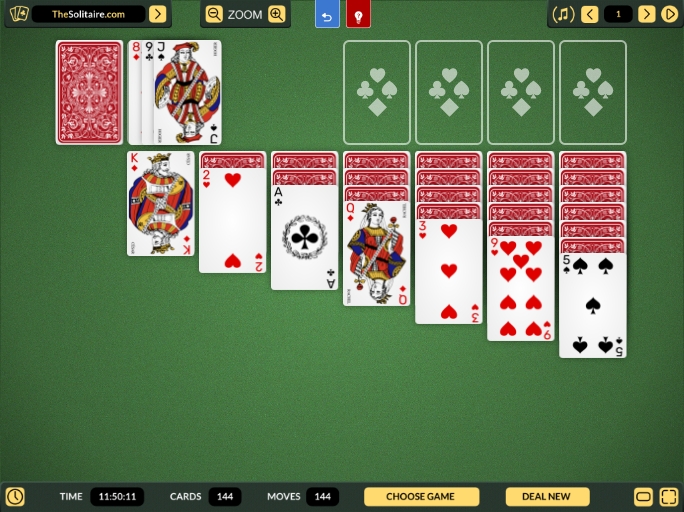 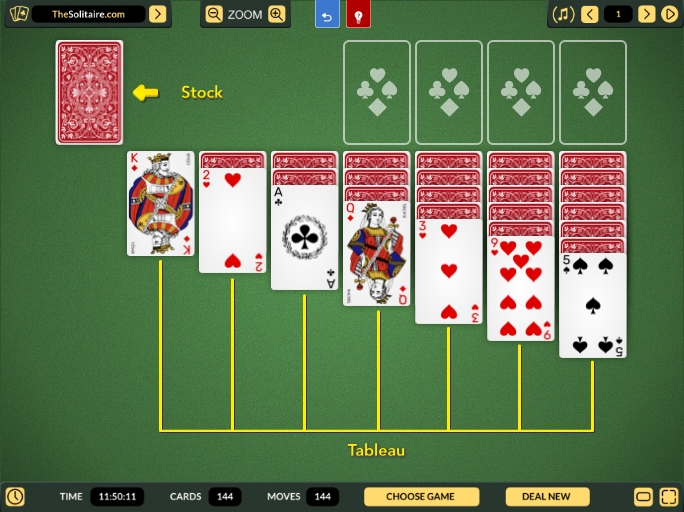 Probably the favorite free online solitaire among players. You play this free Klondike Solitaire with a standard 52-card deck (no Jokers). After shuffling, a tableau is set up with seven columns of cards. From left to right, each column contains one more card, so the first one contains just one card, the second one - two cards and so on. In each pile, all of the cards are placed face down except for the last one which is upturned. The remaining cards are placed in the stock at the upper left of the layout (face down). 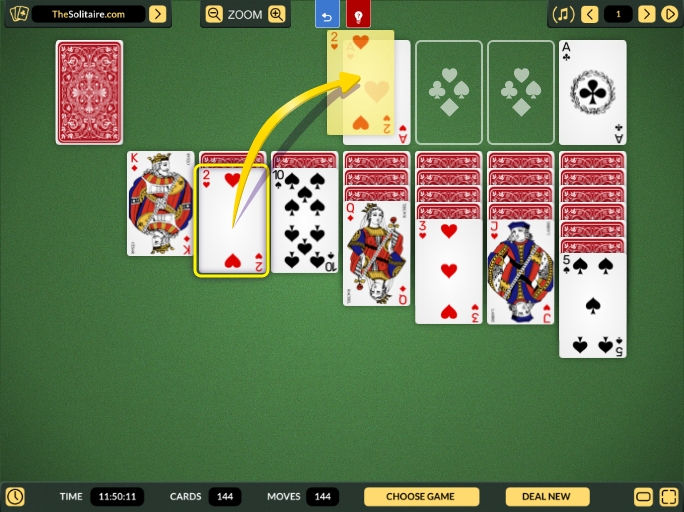 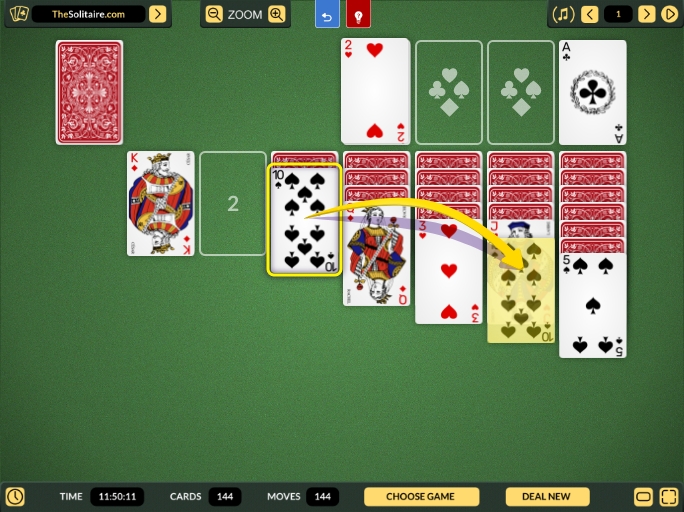 Your goal in free Klondike solitaire is to build the four foundations (in the rectangles in the upper right part). Foundations are built up by suit, starting from Ace, then Two, Three and up to King. Contrary to that the tableau piles are built down by alternate colors. You can move a single card, a part of any pile or a complete pile on top of any other pile, but according to this rule - alternate colors and downwards order. 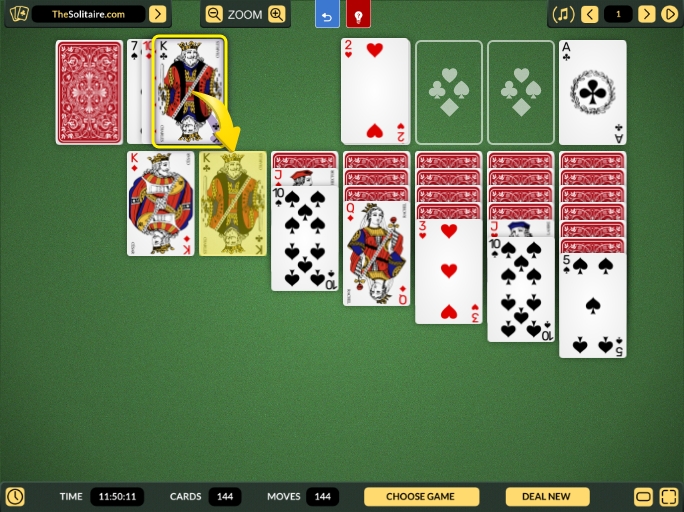 Once you emptied one of the piles completely you can start or move a new pile (or single card) here, starting with a King card. So the aim of the Klondike free solitaire game is to eventually take apart all the tableau piles (and empty the stock) by transferring all cards into four stacks (called foundations) in the upper right part, each of the one suit, starting with Aces and ending with Kings. At that moment you win the game.