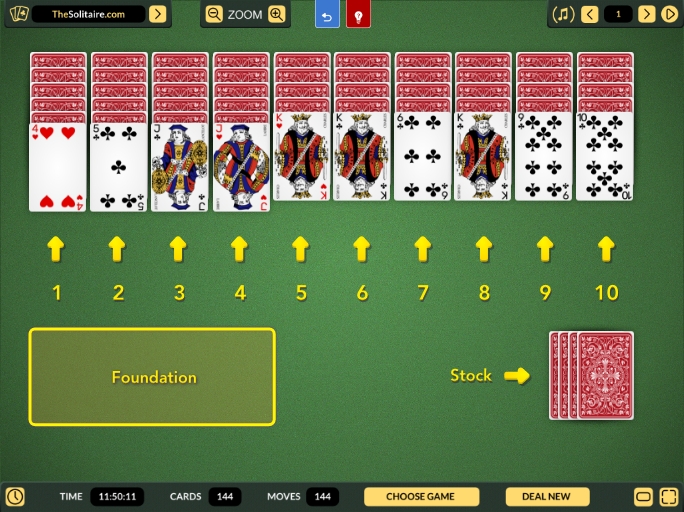 One of the moderately difficult solitaire games, Spider is played with two standard 52-card decks (no Jokers). This is called 4 Suit Spider solitaire and it's the most challenging variation. But you can play solitaire online two other ways. One Suit Spider solitaire - also 104 cards but only one suit (e.g. the Spades) is used. There's also Spider Solitaire 2 Suit where two suits (e.g. Spades and Hearts) are used. Both are much simpler than Four Suits. After shuffling, a tableau is set up of a total of 54 cards, placed into ten columns. In each column, all of the cards are placed face down except for the last one which is upturned. The remaining cards are placed in the stock at the lower right of the layout (face down). 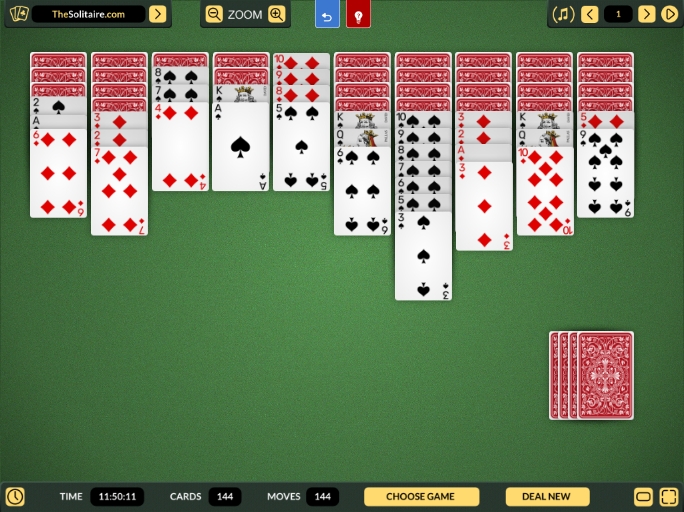 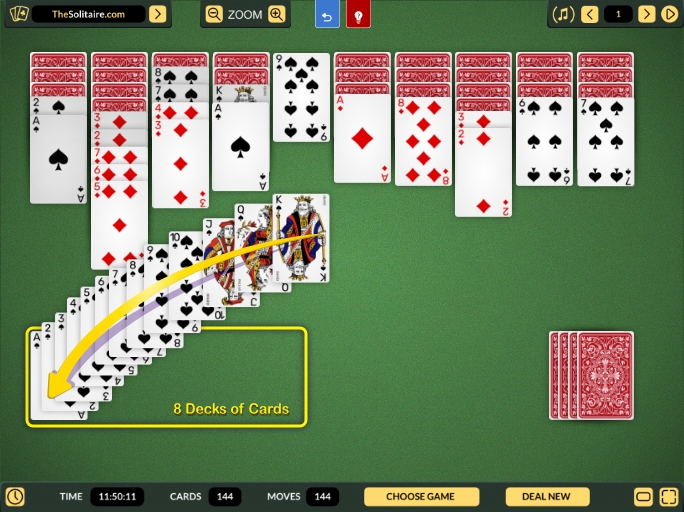 Your goal when playing Spider solitaire free online is to build stacks of cards on the tableau forming descending suit sequences (from King to Ace). If a whole sequence is formed in one of the columns it is removed from the tableau completely. When all 104 cards are removed (as separate King to Ace sequences), you win the game. 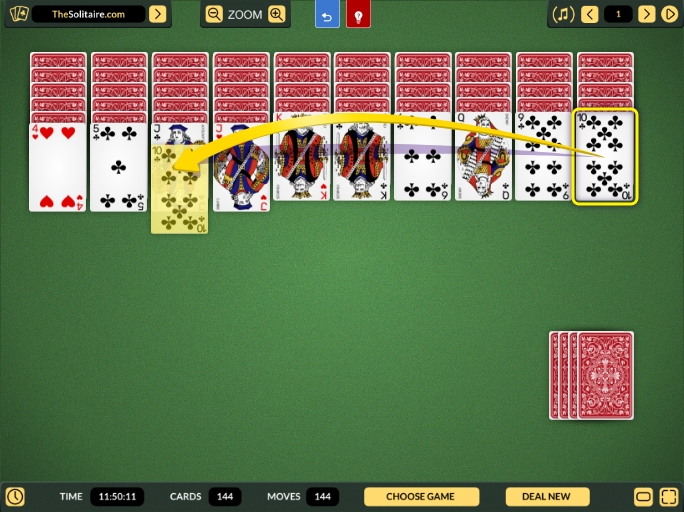 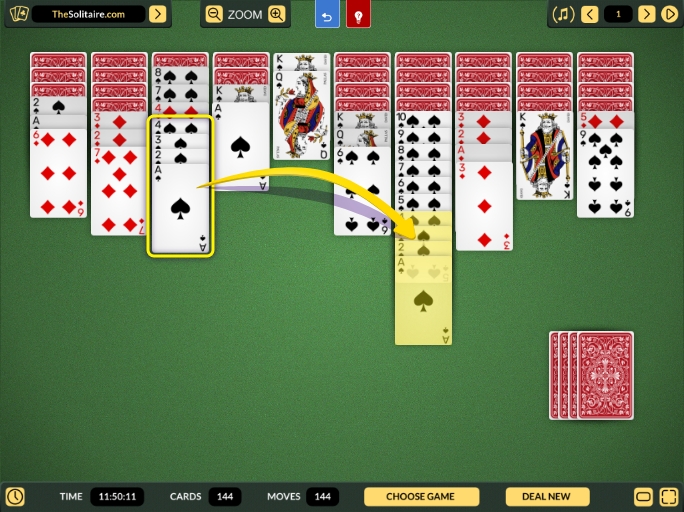 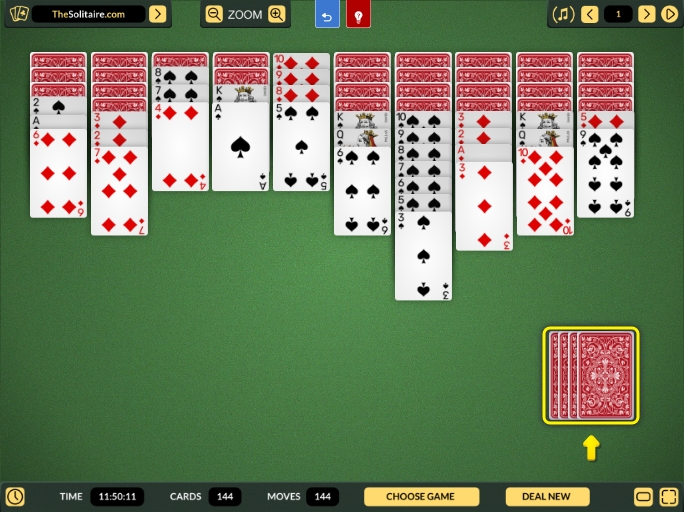 If you find yourself out of constructive moves you can click on the stock in the lower-right corner and deal a new card to every column on the tableau. But for you to be able to do this there must be no empty columns (you can move any card of sequence to fill an empty column).